We woke up at dark thirty this morning to go help move cows. The guys hauled their 4wheelers over and we rushed to get saddled up and try to get to the highway in time to help them cross. Coyote was not in a hurry. He was plodding slowly along behind as rusty zipped along in the front. I didn’t think there was anyway we could make it.
Occasionally I would take his lead rope and prod him along a little. We’d trot until my daughter would declare trotting not be fun any more but instead too bouncy and we’d slow to a walk.
As we went the sun started to show over the hills we were riding towards. First a pink and orange glow, then peaking brightly over the pastures bathing us in it’s orange glow. She asked me to take a picture. I was thrilled to. Our horses glowed.
We beat them to the highway! We stopped to say hi to the rest of the help, then continued down the road to meet the cows. Rusty was worried about the cars passing on the road, then the buildings we had to go through, but mostly about the cows coming over the hills in the distance. Coyote was wanting to turn around and go home. Rusty was tense and looking worriedly ahead. Thinking of the worst possible outcomes, as I like to do, I thought about what would happen if Rusty spooked and caused Coyote to take off back across the highway. I got off and held onto the reins.
Rusty settled down once the cows got close and he could see what was going on for sure. I got back on, keeping a hold of the lead line, and we were sent ahead of the cows to keep them out of one of the yards. We trotted to the yard but couldn’t get through the ditch. So we kept going looking for a way through. The cows followed us beautifully. Instead of darting off through the trees the cows ran across the road right where they were supposed to go. We stepped to the side letting them pass.
From then on both sides were mostly fenced. We followed along in the field in case they found an open gate. They were in the usual hurry to get home, trotting all the way. We trotted a little too. My daughter kept wanting to know if she was running yet. So I decided we would try. I let Rusty go and for once instead of trotting that supper fast Morgan trot Coyote broke in to a lope. She laughed and giggled until she said it was time to WALK!
Back home in the alfalfa I set her and Coyote free again. They did a wonderful job of helping push the cattle across. Coyote took her slow and easy like the perfect pony he is.
Rusty did a great job on his first time with grown up responsibilities. He was overly energetic but not bolting. He was worried about the highway, buildings, barking dogs, and cows but never offered to do anything but look. It was a great ride with a wonderful companion. I hope we get to do it more often! 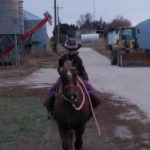 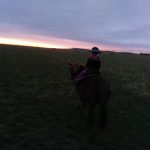 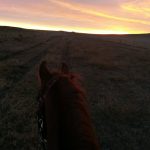 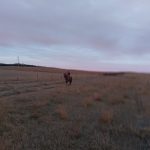 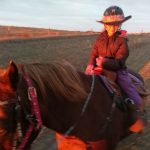 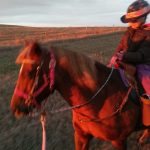 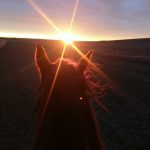 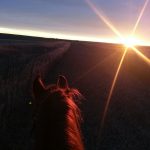 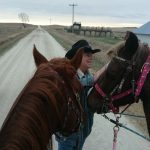 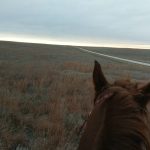 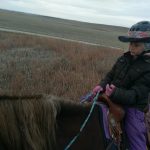 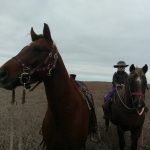 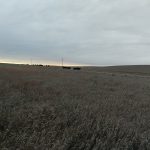 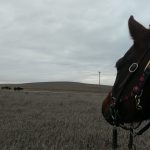 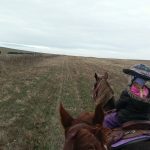 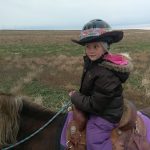 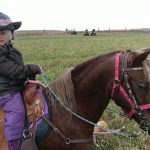 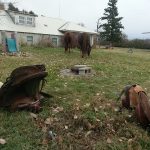