We’ve spent the day checking cattle and keeping them tucked away as best possible. There was one calf. We brought him and his mom up and put them in the barn. She was a good quiet cow and when we put the calf in a sled behind the fourwheeler she sniffed him then followed him in nicely. She even willingly walked through the little door in the barn and stayed. We haven’t found any sign of others.

They left the cows out in the big pens this morning when they fed. When we went out this evening to feed a drift blocked the gate. As we worked to get it open to allow the payloader through the herd came running. If they were willing to wade through the lake I was willing to let them. I took the fourwheeler up to finish bringing the rest of the cows down. The sturdy row of cedar trees, a thick and sufficient windbreak for any blizzard was just serving to diffuse the snow. Hurricane force winds drove through the branches blowing a fine mist of snow down on the cattle. It was like breathing underwater. Any thought of leaving the cattle that hadn’t already come running was gone. I chased the remnants down though the gates.

Hay bales were out and waiting for them in what shelter was available. The wind was still blowing but without the fine mist that was drifting down on them in the other pens.

We went back out as it was getting dark and checked everything one last time. The cows were huddled up tight. Eating hay or squeezed into what shelter they could find. There was nothing else we could do. I went in to feed the horses after walking out through the cows. They were warm and still wet from the little bit of time I had made them go outside. Smoke had been horrified by that and spent the time pacing and wanting in instead of eating and drinking like the rest of them. They all happily ran back in when I had opened the door and called. The hours I had spent hauling hay into the barn so we would be prepared seemed futile now as they quickly trampled it into the mud on the flooded floor. Better wet feet and in out of the storm than standing out in this.

We still have electricity although it has flickered a few times as I write this. We have neighbors without. It is warm enough, in the upper twenties, that we would probably skip the generator, put on some extra blankets, and wait it out until morning. There is nothing else we can do for the cattle but worry and pray. They are all behind shelter. A wind like this quickly makes the usual shelter useless. The wet compounds the issue. All we can do is  wait for morning and hope the storm has passed. 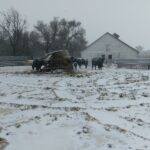 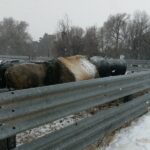 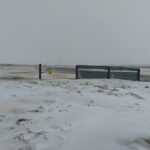 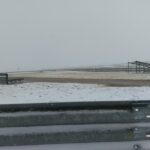 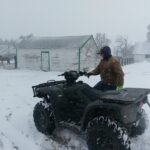 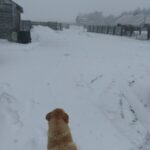 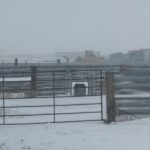 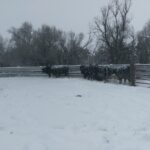 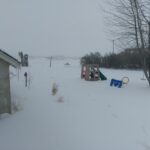 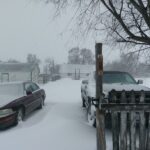 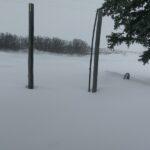 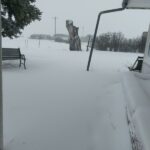 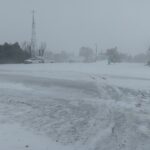 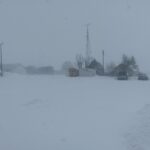 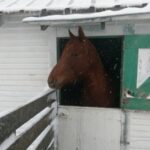 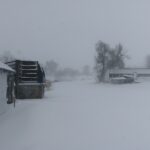 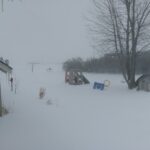 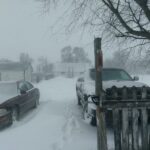 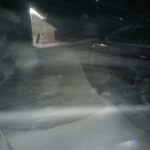 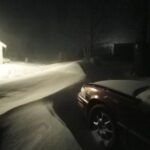