“The moment you say “yeah, but, ” is the moment that you don’t want my honest opinion. You want me to say what you want to hear.” Quoting Denny Emerson, quoting Mike Page.
It doesn’t matter who said it and it’s not the first time anyone has said it.
It is such a painfully true statement. I know I’ve said it when people are saying something that I don’t want to hear. We all have a list of excuses as to why we can’t, why our horse isn’t.
Truth hurts and learning is painful. Even when we want to learn it is still hard to hear that we have been wrong and being humble enough to accept the shear multitude of things we don’t know is nearly impossible.
As they also say, the more you know the more you know you don’t know. And the less you know the more confident you are in your knowledge.
Go. Seek. Learn. Keep an open mind, just because something is different doesn’t mean it is wrong. I will strive to do the same. 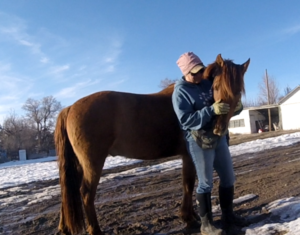 2 thoughts on “Seeking To Learn”