The neighbor girl, Tanna, came over to play again.

The last time I worked Rusty I worked on asking him to step over to the fence. It is the single most handy cue ever, for mounting, sacking out and other stuff I’m sure. He wants to be right in top of you anyway, which is why I’ve hesitated to teach him until he has better manners. Not sure that is really going to happen. He is the typical two swirled, double personality horse, normally quiet and well behaved but crazed and crashing into you when he’s upset. So I decided to go ahead with it.

He learned it in a heart beat. I swear he knew it before I asked him. He is dreadfully smart I’m afraid. So today with Tanna over I thought we would try again, she could ask for it and I could get it on video. It kind of worked only we didn’t get to work on training him he just did it.

Oh, and we saddled him. It was such a nonevent, we took sides and took turns saddling him from opposite sides. I am trying not to get her killed, her parents would never let her come play again. So she waited on the fence while I cinched him up, just to be on the safe side. He did nothing. I sent him around the round pen and he crow hopped halfheartedly a couple of times and lost interest.

Rusty is coming along nicely. Tanna is good help and learning quickly. It’s fun training two at once. 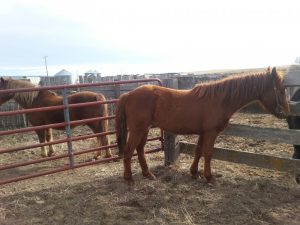 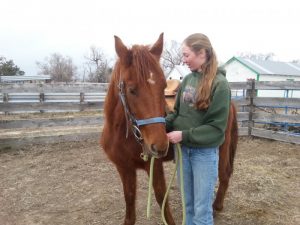 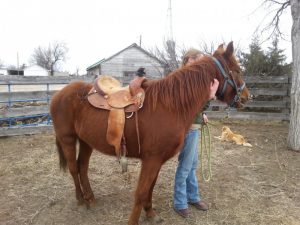 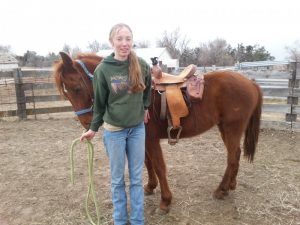 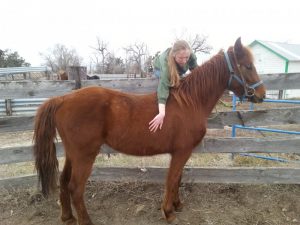 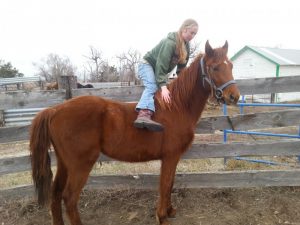