But it’s those boring rides that often make it all worth while.

I had a few minutes to sneak out and work with him. So how do they always know and go stand at the far end of the pasture? 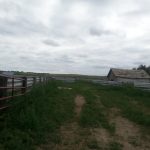 Do you see them out there? 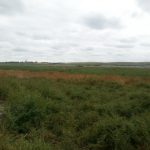 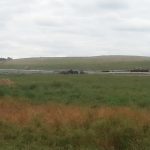 Oh, there they are.

Once we were, finally, back to the front we worked on mat training, grooming, fly spray and saddling while standing loose on his rug, with marginal success. In the end he was saddled and ready to go so I think we succeeded. Despite the evidence in the video he does usually pick up his feet on a vocal command. He wanted to play fetch a little and it’s a pretty good warm up so we did.

Once I finally got on we walked back and forth working on stopping at an exhale and whoa and roll backs. After three or so laps he was doing perfectly so I got off. There was no excitement what so ever. That’s probably the way it should be but boring to write about.

He has gotten big enough that he’s no longer using my thickest blanket on the smallest hole in my latigos. He’s in my regular blanket and I’ve let the cinch out a hole. He’s growing up! 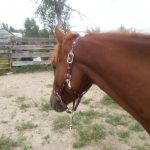 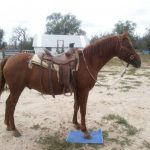 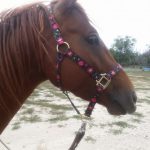 One thought on “Nothing At All Interesting”