It was almost a year ago that I was whining to my mother about how much I missed having a horse to train. She had been looking at a nice little reining type quarter horse with a friend, why didn’t I get him she asked. I don’t want a quarter horse I whined.  You have Princess Onna, my daughters mare, why don’t you train on her? My mom is so patient and apparently I whine a lot because she just wasn’t what I wanted either she’s old and broke good enough. IF I was going to get a horse I wanted a nice young, unstarted, western bred Morgan. Not that I’m picky or anything.

It just so happened that right then Forever Morgans was trying desperately to save a horse who exactly fit my list. He was in a kill pen in Oregon and shipping the next day. My mom had seen him but wasn’t going to mention it because I was not looking for a horse. She did mention it though, I looked at him and joined many others in offering to foster. He was half way across the country and I didn’t have my paper work in by his shipping deadline, there was no way he would end up with me. Somehow he did though, a few months later after quarantine and difficulty finding a hauler who would go through the mountains in the middle of winter.

It always amazes me how God gives you exactly what you need. I wasn’t looking for a horse when Rusty and I found each other and didn’t know how badly I needed him until he was here. He learned some manners, to take a saddle, then to play fetch and ball, and finally to ride. Now he is mine for real. No more fostering. I decided I couldn’t let him go and we would have to adopt him. Welcome home Rusty. 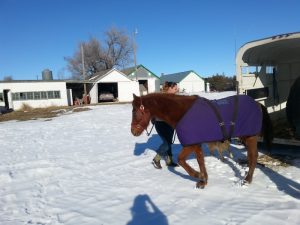 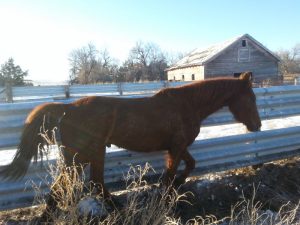 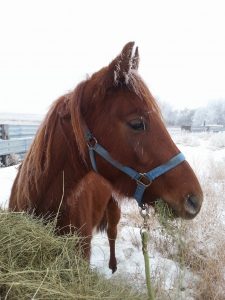 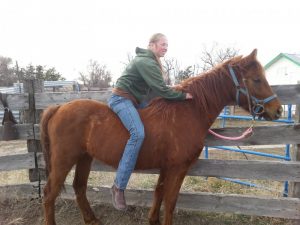 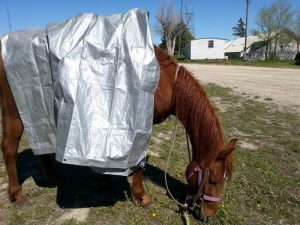 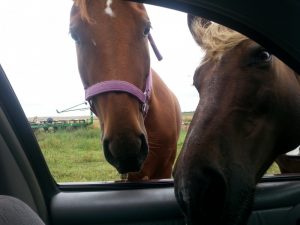 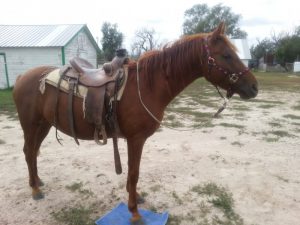