A year ago, when Rusty first got here, we started his training by going for long walks down our driveway. He bounced and pulled at the lead, or tried to run me over, depending on his mood. I often dispared of getting anywhere with the rotten, disrespectful pony.

Now here we are, right back where we were. There are a few differences. He has a halter on but I never touch it. It’s a safety since we are going out a ways, just in case I need to get a hold of him. And he is no longer running over me, I like that part. Now instead of our work concentrating on manners we are working on Spanish walk, trotting along with me and tucking his nose. I like it out there with all the distractions.

Today I hopped over the electric fence that runs down both sides of the road and we played cow. Out there amid the cows 😉 The fence was nice for a barrier, much less of one than the big fence in their corral. I was so proud of him! We’ve been working on trotting in and out of our corners and he started trotting along side me as soon as I walked off. He still turned the wrong way on his first turn to the right, away from me instead of facing, other than that he was really getting down and moving properly! We quit after two turns each way with big rewards and lots of praise. Hopefully we can go do it again tomorrow. 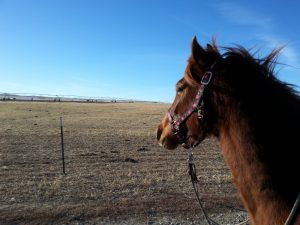 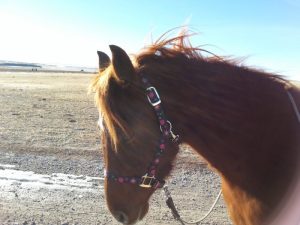 One thought on “Going For Walks, Again.”