I rode Rusty! Tanna came out yesterday and we were going to work with him but spent the day sorting pairs instead. I’ll write about that next time. This time it was all about me and Rusty.

He was mostly interested in eating the little bits of green grass that are poking up. I was going to play with our new ball, he pushed it around a little then left. I gathered my helmet and filled my pockets with cookies and followed him. He actually didn’t want to be caught! That was a first. He finally stopped and I swung up.

We were on the other side of the house from where we usually ride. Out by the stack piles and the garden and the other horses at their bale. The guy was there grinding hay with his big noisy semi and grinder. Rusty stood and grazed, then took off past the quanset and cows eating in the bunk. I was a little worried. Rusty was off and going, until he wasn’t. Still nothing bad, he just wanted to eat.

We rode around doing pretty good until a semi came down the driveway, I thought it prudent to hop off. It was good confidence building for me to get out of our usual routine. 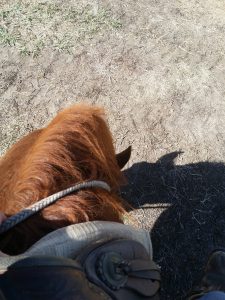 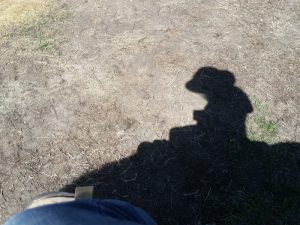 Then I got on Coyote and rode out through the cows. Good old cow eating Coyote, he was not interested in working again today. We didn’t do much, checked for new babies and thought about sorting some more pairs, then back to the house where he got turned loose to eat green grass. 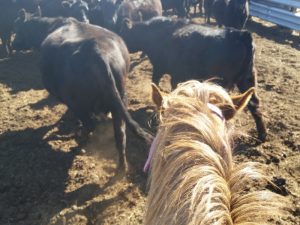 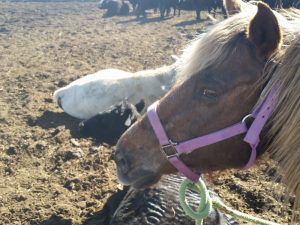 He was my first trick horse 😉

One thought on “Back To Rusty Again!”