I rode Rusty today!! It’s been a rare occurrence. The weather has been cold and icy or warm and muddy. The kids have been sick, I’ve been sick. We’ve been busy. Today I was not going to miss out on the warm weather. The snow on the ground hid the ice underneath. If I can’t see it I don’t have to worry about it 🙂

We did a lot of ground work. Walked out through the corrals, did some more ground work, then opened the gate into the bulls pen. First we looked at the bulls. Rusty did some visiting. I’m not sure who won that one but it was fun.

Then we made use of their big pen to work on transitions. We trotted some big circles. He does great to the right. Not so good to the left. Did some figure eights, the change of bend was new and a little difficult for him. It was so fun feeling him bend and flex to my legs and to guide him with the outer rein. You read about the importance of it all the time but last time I tried he wasn’t far enough along to know what I was talking about, and maybe our circles were guided more by the confines of the arena than my legs and reins.

I could feel him want to break into a canter so I sat and pushed. He leaped into the canter and bounded along for a couple of strides. I clicked and rewarded him. We did it again the other direction, same over enthusiastic results. We walked, trotted, walked again. Then we did it again. We meandered, we side passed, we went up and down some hills, otherwise known as manure piles. Then we cantered again.

He leaped and bounded. I didn’t stop and reward him for the transition, I sat and pulled up on the reins. I pushed him forward maintaining the canter while staying on and pushing him through the bucking. It was great. It was awesome. He’s such a fun horse to ride. I sat and said whoa once we had a couple of canter like strides. He slammed on the breaks and stopped. My knee was cramping. We had survived. It was probably time to call it good. We had a great ride and I hope we can do it again sooner rather than later. 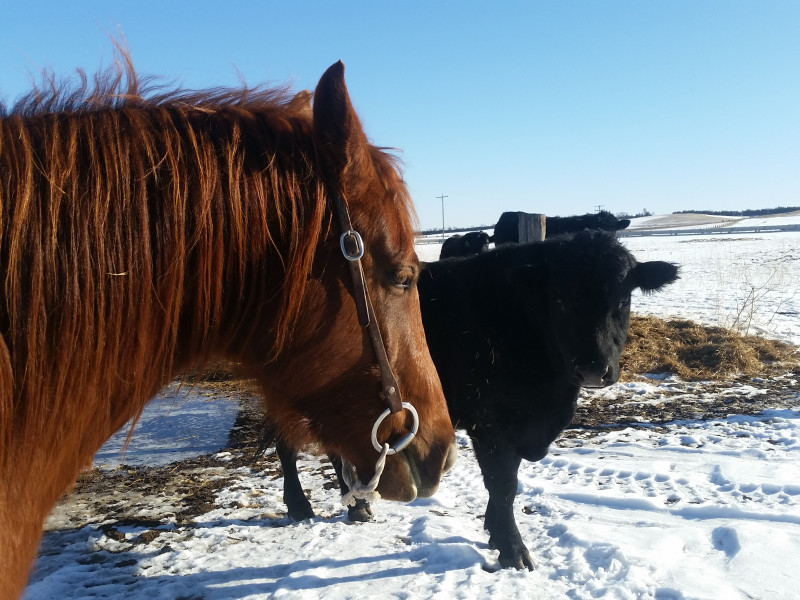