I’m going to do this one ride in two separate posts. At least partially to break up the monotony of horse laying down and rolling videos.

I was able to ride out through the cows yesterday. They are starting to work on calving and need checked often throughout the day to make sure no one is having problems. Most of the time they are left alone to do their thing. They are out on corn stalks, wheat ground, and pasture, with lots of room and shelter and the privacy that they prefer. It makes for a long ride to get all the way around them. Plenty of training and exercise time for us.

Heading out into the cornstalks on Rusty was, interesting. He hasn’t had much riding time lately, mostly ground work. Our one ride last weekend was a bit scary and stressful for him. Now he was in a constant stop and go. He was in a big hurry, he was excited, he wanted to see everything and get way over there. Fast. He also was nervous, he wanted to sniff the ground looking for ears of corn. He would lurch forward then drop his nose and stop, then forward again without fully reaching a stop. Once I let him trot he wanted to take off.

I did let him canter for a bit on the way out. We were on the wheat ground so it was smoother with better footing. He hopped into the canter, smoothed out a bit, I tried to steer him around a hole. He didn’t steer in time but he saw the hole at the last minute and spooked sideways while trying to stick his head in the hole to see it. We decided to walk.

We had a few more, slightly less eventful canters. I seem to keep hanging on his face. The footing is still slick, there are holes to watch out for. The cows are a little too exciting. He wants to go really fast. We should probably settle down a bit before we do anymore cantering.

We followed a cow through the narrow scary tunnel into the pasture. Then there were lots of cows laying around enjoying the sun and filling their bellies. He snorted and sniffed his way through them. I wanted to look over the far hills and make sure nothing was laying out of sight having trouble.

In order to get over the hill we had to pass THE WINDMILL!

He was pretty sure it was going to eat him I can’t say I blame him for thinking that. They would be scary looking to those unfamiliar. He tensed and arched and looked. I got off. Discretion is the better part of valor. We walked up to it, snorting and blowing and hiding behind me. I was mostly scared that a mean cow would come along and eat me while I was off. The shadow it through on the ground was MOVING! And I expected him to walk through it! Was I insane!

It didn’t eat him. We did walk up and inspect the tank. No mean cows ate us. Although one old girl stood and watched, wishing we would move so she could drink. Away from the windmill I got back on and we rode over the hill. We didn’t get eaten by the prairie dogs either. We made it up and down hills on a, mostly, loose rein. Then through the corrals headed back to the house.

The corrals were full of cows laying around sunning themselves. I thought it was interesting, considering all I hear about the cruelty of farmers and ranchers to their poor long suffering animals. We force them to stand in dirt lots! Without grass or room to roam! We’re so mean.

Yet here, in the bare dirt lots, were most of the cattle. The gates were wide open. There was another water source out in the pasture. They were fed out on the grass too, they didn’t have to come in to eat. Strange. One would almost reach the conclusion that they liked being in the feed lot. We’ll have to teach them better. Make sure they know it is abusive, to them, to stay in this place that they aren’t supposed to like 😉

We survived the ride. There were two new calves. Not new today, just in the last few days. It was a long, for us, tiring ride and I hope to do it again today! 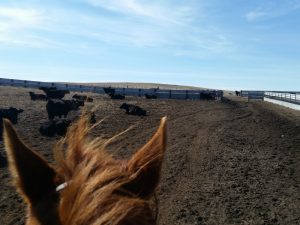 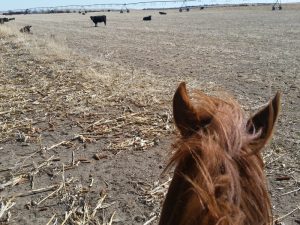 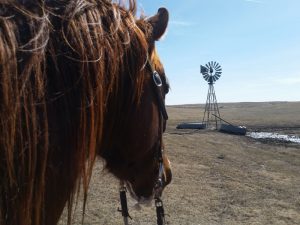 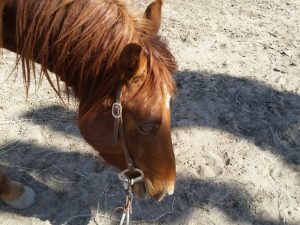 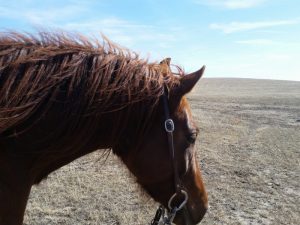 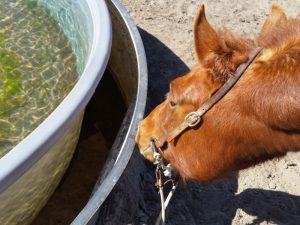 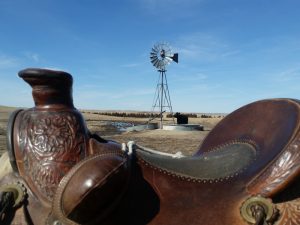 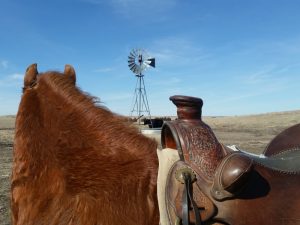 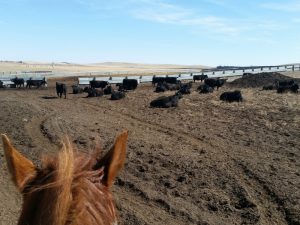 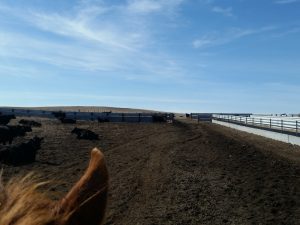 One thought on “Checking Cows”