I got to go for a ride yesterday. It was wonderful. The youngest went off in the combine with his father. My daughter and I got to go play horses.
She is rebuilding her confidence on Coyote and they are wonderful to watch together. He is getting older and settling down but he still has a mind of his own and strong opinions about things. He prefers to stay next to me mostly. She gets frustrated and stops trying. They both do better once we get out and going though. We didn’t have any destination in mind starting out so we meandered a bit. Then it was East to the section line. Coyote started out trailing far behind. I worry so much about him and his eye. I’m always sure it’s bothering him, making him go slow, going to have to come out soon. By the time we turned into the corn to get to the section line he had mostly taken the lead though. Guess I worry too much.
We came to one horse eating pivot track. On a ride almost a month ago?! he nearly fell into a deep one hidden in the tall grass. This time he wasn’t going over the shallow dip in the ground for anything. Coyote and his little person lead the way crossing it multiple times before we found a place Rusty was willing to chance. Somehow he survived.
I begged my daughter to take Coyote and lead the way alongside the corn. It’s a path big enough for a fourwheeler, with tall corn on one side and a barbwire fence on the other. I was not only afraid of the dogs accompanying us or pheasants spooking the horses and sending Rusty through the fence but of Rusty spooking Coyote as he did so and sending them through the fence. Coyote knows better. I thought if they were in front Coyote could set a good example and be less likely to join Rusty in his idiocy should it happen. Coyote didn’t want to and she was not going to try to make him.
I walked.
We took turns leading up the section line, across the road and into the neighbors CRP ground on the other side. I love that little piece of grass with its big rolling hills and pink grasses. We are lucky to have permission to ride it.
In the distance we could see the combine stirring up dust. The day was beautiful warm but not hot. Only a light wind. My daughter was happy laughing and talking enjoying her time on a good horse. I hope we get to spend many more like this. 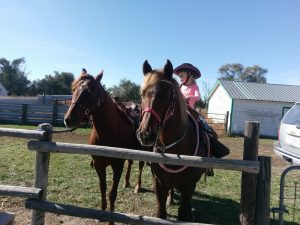 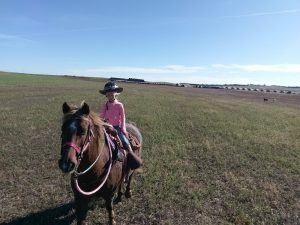 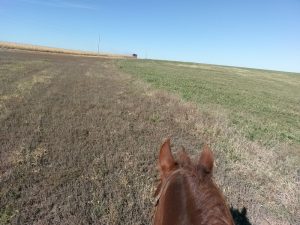 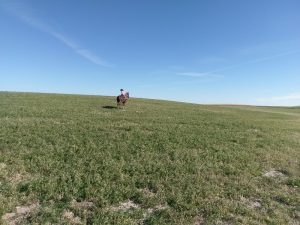 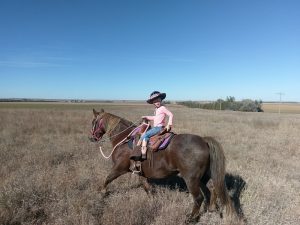 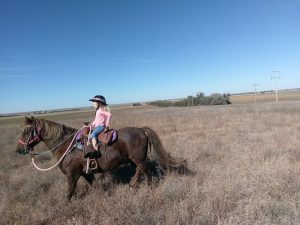 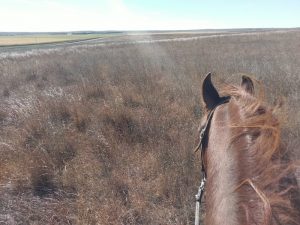 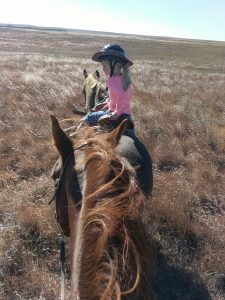 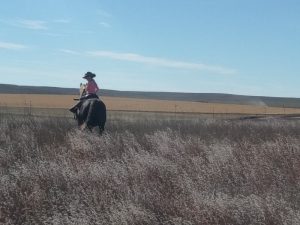 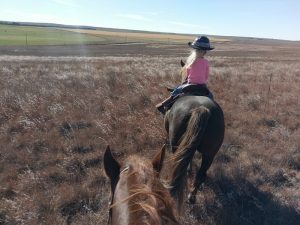 2 thoughts on “A Fall Ride”