Well, I didn’t. But the Boy Child did! That’s the important thing. The weather and time have not worked in our favor since Smoke got here.

I saddled them both and took Smoke out by himself first to make sure he and Rusty worked together. It was nice to turn Rusty loose and almost be able to keep up with Smokes walk. That horse can walk! Instead of being drug behind we were walking together. Smoke still took the lead on the way home. Both horses were hot after not being touched for so long. Full of energy and zippy. The walking race was on.

Then we came back for 8. I threw him on and we were off again. It worked pretty well, except the boy child wanted to help with the steering. We would be speeding along at the speed of light and Smoke would stop. I would rush to get Rusty stopped before we lost the rope only to look back and realize it had been requested. I tiny pull back on the reins in a snaffle had stopped the big energetic boy. I spent the whole time telling the human boy bot to do that! If he wanted to stop, or turn, he had to tell me first!

We all survived though. Somehow. Smoke and Rusty are too much alike, the two high whorled horses. Smoke isn’t a double whorl at least. That might make it better. They are both ON all the time. Ready to go, interested in everything, needing to be moving, and needing full attention. Add the boy child to that and they may kill me trying to deal with them all at the same time.

It was a good ride though. Hope we can get quite a few more of those in! 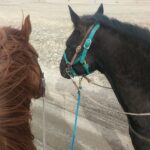 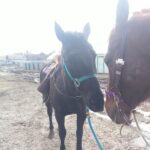 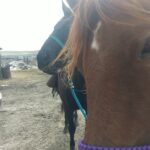 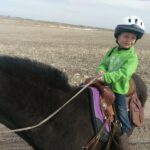 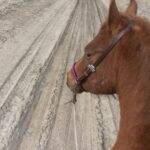 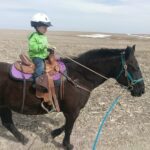 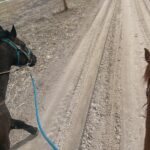 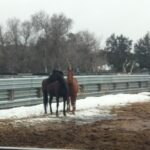 One thought on “First Ride, Smoke”