I helped at a 4H horse show recently.

It had been a long time for me. Since high school or before for an  actual 4H show slightly less time for a regular horse show. The sights and sounds were deeply reminiscent of the past and all new at the same time. I brought my daughter along to give her a feel for it. Hopefully when she gets old enough she’ll want to take advantage of this opportunity..

The people were the usual mix you  see around horse events. There were the girls with expensive horses bought for them by doting parents who wanted to make sure their children did the absolute best they were able  to.  Those same parents offered up myriad excuses as to why the fancy horses couldn’t buy their children first place in every class.

There were the ranch kids who could ride anything and get a full days work done in the saddle but lacked show ring polish.

There were the ones, either ranch kids or from town, who were painfully out of place. Horses noses in  the air, cheap bits pulled tight in gaping mouths. Children riding with heels and elbows straight in the air as they bounce into the ring.

All of them there because they love their horses. All  of them wanting to learn how to do their best.

None of the riding was fancy. Just a bunch of kids having fun.

As I stood at the gate watching classes, waiting for my time to help, I couldn’t help but overhear the conversations of a few of the parents also standing and waiting.

They laughed about the halter class the children were currently in. Not the usual type with children leading horses, instead they watched their horses being shown and made judgements to be compared and discussed.

Their child didn’t need to know how to judge some fancy show horse. All they needed was a horse that could go all day and get the job done. Show ring ideals meant nothing to them and shouldn’t for their kid either. As a small child rolled on the ground under their horse they extolled the benefits of turning kids loose on a horse to get them ‘good and broke’. Sure you might lose a kid or two but it got the job  done good.

With teeth gritted I waited for the class to finish. Their disdain for everything this show stood for was palpable.

As the children gathered in the arena  with plentiful knowledge before them, hopefully soaking it up as it was presented, their parents stood outside dismissing it as unnecessary. As soon as the children  returned to them they would scoff and demean anything that may have been learned, pushing the children to join them in ignorance.

Knowledge should always be sought. Things should never be accepted because they are tradition or the way it’s always been done. Always ask why. Always doubt and seek proof. Always strive to learn more. The opportunity to learn should never be scoffed at because you already know all there is to know. If you think that might be the situation then you have lots to learn. The more you know the more you realize there is that you don’t know. 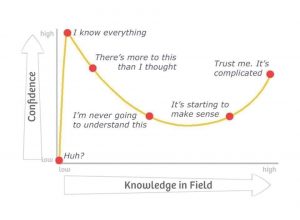 One thought on “The Show Experience”