There were two shows this weekend. I had planned on making it a really busy weekend and making them both.
The kids refused to even try to ride and were making me insane trying to get them on a horse.
I gave up on that and said that if they didn’t want to I wasn’t going to force them and I would go play with my horse instead.
I really needed that after the maddening attempts at riding with children.
In the end I decided to skip the actual show. With the horses at least. I wasn’t going to miss it altogether just because of these rotten children. I wanted go visit with friends!
Once we got there I wished so badly that we had brought the horses. It was a small relaxed sort of show, not the fancy, strict type that the kids were NOT ready for. They could have done this one.
I got to visit with Andrea a little and talk horse/clicker training while she judged trail. Rebecca was too busy working to be much fun. The horses were all fun to watch and the weather not too hot.
The next day we went to a little kid rodeo. It was also a perfect one for them. This time I had ignored their desires and brought horses.
Even if they didn’t want to ride I could get my horses out and about and used to being in public. Extra training never hurts.
Once I had everyone saddled, I brought ALL the horses, the kids wanted on and to go play!
It’s a great little rodeo. No fuss. No entries. No placing. Just kids out playing on their horses.
A friend of ours met us there and helped with horses and kids. She rode Smoke and ponied Rusty or I rode Rusty and ponied Smoke while we lead kids around. There were goats, kids roping dummies, horses running all over the place, the general chaos that it does horses so good to get used to. They were both great.
Hieldorf had to wait in the trailer. I don’t have enough saddles for everyone and I haven’t spent enough time with him to really mess with him out and about. He stood quietly with no screaming or pawing though. What a good boy.
I did saddle Harvey with some thought to letting my daughter ride him. We ran out of time and didn’t get to see what he was like in the arena first so we didn’t try it. I did get to pony him around though and when it was all over our friend, Taya, got on him and I ponied them around. They were both great. Harvey didn’t bat an eye at anything and Taya was very brave on such a green horse. He didn’t give her any reason not to be though.
After the rodeo there was also a hay scramble? Not sure what it was called but they threw change into a bucket filled with hay and turned the children loose to dig for it. Between that and the treat bags they handed out talk about good positive reinforcement for the children. A perfect way to reward them all for a job well done.
On the way home my children started asking when the next show was! They loved it and wanted to do it again!
Yesterday, small rotten children, the last show was yesterday, that you did not want to go to, remember? 🙄
Oh well, maybe next year 🤣 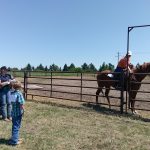 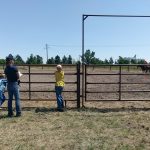 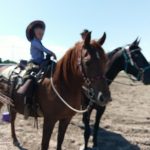 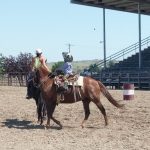 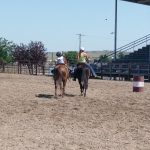 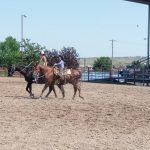 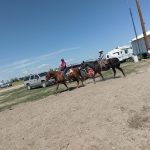 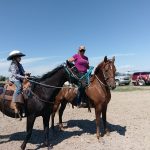 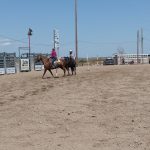 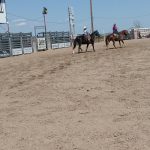 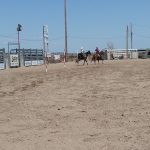 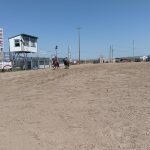 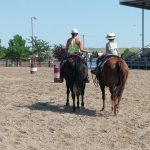 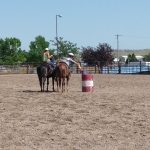 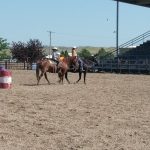 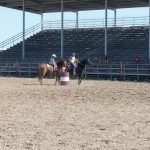 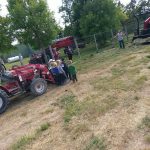 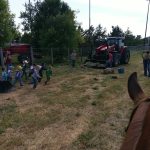 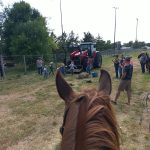 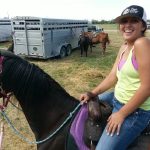 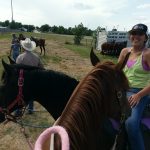 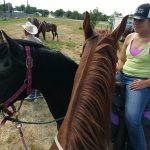 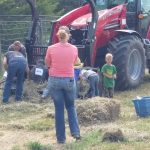 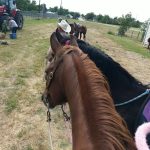 One thought on “Rodeo!”