This was once considered to be a valid science well studied and deeply believed. Now we dismiss it and mock former believers.

Yes, people in the past have been wrong. That is what science is. Trying to figure out what is going on in the world around us. Science often lands on the wrong answer a few times before getting it right. Just because people have been wrong in the past doesn’t mean they weren’t on track with the right basic idea. For example, people long ago thought that diseases were caused by the bad odors around them. They were close. It wasn’t the odors, and covering the odors with good smells didn’t cure disease.

The causes of the odors, rot, decay, filth, and sickness, did cause some of the disease and infection they were trying to cure by masking the odors. Once science was reached a point where germs were discovered we mocked those who thought a bad smell could cause disease. They were doing the best they could with what they had. The same with phrenology.

Another attempt that was on the right track.

That the outside of the body can give us clues as to what is going on inside still makes perfect sense. As with germs though we need to find the real cause and correlations. Not make assumptions based on what we think should be. The ‘inventor’ of phrenology arbitrarily decided what part of the head should correlate with which part of the brain. He did do some comparisons. He also placed traits on these spots such as a tendency to commit murder or theft. Such very exact meanings for a small bump in the head.

What does this have to do with the study of whorls?

To many people who dismiss whorl analysis as phony science, quite a bit. In reality there are similarities. The same as thinking bad smells cause disease is related to the discovery of germs. All studies have to start somewhere. We will make many wrong attempts at explanations before we find the correct answer. That doesn’t mean the early attempt were foolish. It means they had less to go on. Because of early attempts to explain natures phenomenons, we have shoulders to stand on. Each generation learns a little more and gives the next generation a head start in their studies.

Science is not a single concrete answer, it is an ongoing study. 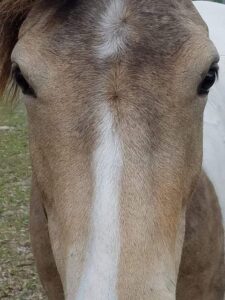