As much as I hate to do this, I’m jumping on the bandwagon. Normally I have no interest in racing, but a cool horse is fun to look at no matter his sport.

This isn’t about racing, for good or bad. Comments arguing about that will be deleted if they get mean. This is about the whorls!

It’s hard to find good pictures of a horse no one had any interest in a few days ago. I searched the internets and these are what I was able to shamelessly ‘borrow’.

Extroverts are very invested in the external world, everything going on around them. They want to go, to be moving all the time. Intelligent, emotional, and sensitive they will be as brave as they can be and eager to please with a sensitive supportive rider or a nervous wreck with a harsh rider who doesn’t give the support they need.

His ears show sensitivity and energy. But they are widely set enough to add in sensibility and saneness. His nostrils appear to be large and wide open, even in the still pictures. That shows an ability to get plenty of air for endurance and easier learning.

From the side we see a somewhat convex profile. That shows physical toughness and determination. It isn’t a straight profile, so there should be some quirks. Something to keep life interesting. His chin is hard to see but doesn’t appear to be complicated for a matching temperament.

Nothing extreme about any of the whorls, just a nice energetic horse with enough extra to give him plenty of character. Sensitive and energetic, but sane and tough. 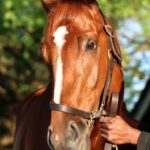 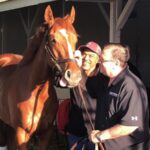 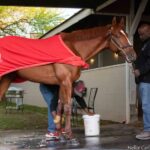 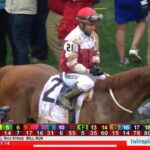 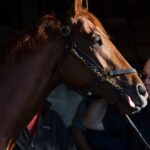 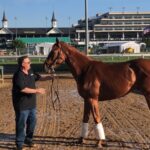 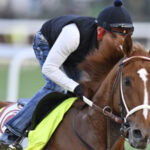