I haven’t had much to say lately. Not so much because we haven’t been doing anything, although at times we haven’t, more I think because we haven’t been working forward so much as broadening our base so it doesn’t feel like we are accomplishing anything new. I am still fascinated by clicker training and working on our tricks but also making use of it to strengthen our basics. Asking him to pick up a foot without me touching it, taking the bit nicely (not sure when that stopped), and building on our responsiveness.

Speaking of getting on him (I do plan to, really I do, it’s just so much work. Even more than the whole putting on a saddle thing. Everything seems to be too much work at the moment, maybe that’s the real reason I haven’t been writing) I was invited over to our friend Paula’s barn the other day. My daughter got to be a test pilot for a pony she has in training and Paula let me, and Tanna, because of course we brought her along, ride her good cutting horse. It was great playing with other horse people and working the dummy. Riding him made me dream, more than usual, of finishing Rusty as a cow horse. He has the breeding for it. And I talked to the barn owner, who is a favorite of ours even outside of horse stuff, about keeping Rusty there for awhile.

They have a gorgeous indoor with deep sand footing and huge out door arena and a big round pen. Perfect horse training set up, and people around, always a plus when riding a colt. Good to have someone to call the ambulance. Once the weather warms up a little more I’ll see about getting him over there for a month. Until then we are going to try to get over to play with them more often, and to saddle Rusty more often.

Good luck to Paula at her first cutting of the year this weekend. Hope we didn’t break her horse too badly playing on him. 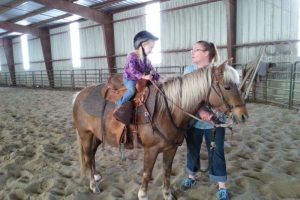 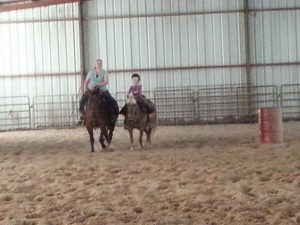 One thought on “The Little Things”