Seems like the best way to describe it. He wasn’t bad but he wasn’t good. It’s the forward momentum thing still. He just doesn’t want to. If I had a round pen, one without a tree in the middle. If I had an arena, soft and without inward facing railroad ties. If I was braver and didn’t know I just fall off anytime a horse bucks. If there weren’t small children making things much more difficult and pressed for time. But there are is no way around all those if’s that make life (colt starting at least) so difficult.

I could move him over to the neighbors with the gorgeous arena and round pen, that might solve a few of the problems. There are more people around. Child liking people who might watch them sometimes. The arena is soft and deep. It is definitely worth considering if he doesn’t start to improve. But he wasn’t bad so there’s no need to get too worried.

Tanna came over, there’s no way I could do this without her, she’s awesome. She rode Coyote again and we didn’t even start out ponying him just followed. Kind of. He went pretty good I guess. He’s such a limp noodle. And he was pawing a lot and laying his ears back at coyote, and Daisy. He took off after her at a trot one time. I immediately hit him in the mouth. I am such an awesome rider.

I’m thinking about taking him out, into the big wide world. We could go around some of the bigger pens, keep him from getting so bored being cooped up. But I’m only so brave and Tanna great help though she is has never ponied anything before. Dallying can get a bit complicated and I would hate for her to lose any fingers. Or to lose me 😉

Oh well, we are in no rush and he’s doing alright. I remember feeling this way about him on the ground too, like we were making no progress at all. 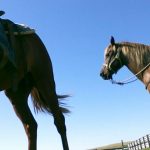 I sat my phone on the ground 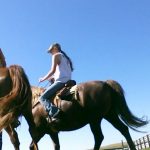 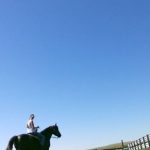 Then we got on and rode off 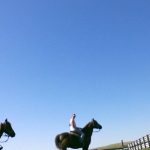 I could have put the video on here 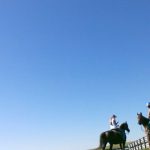 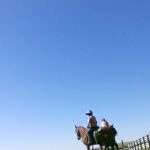 It was pretty long 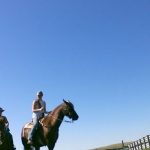 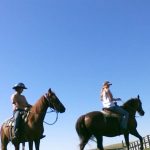 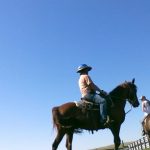 I got some pictures from it 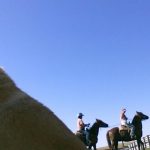 Daisy decided to sit in front of it 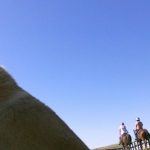 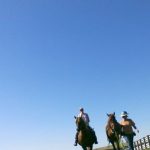 Then we were done

One thought on “Fifth Ride, And I Promise To Stop Counting Now”