Here is the score sheet from the western dressage test.
Yay! We took first place!
Oh, wait. We were the only ones riding that test. Not so exciting.
You people need to get out there and enter the next one! It’s coming up soon. It’s easy. It’s fun! Winning against yourself, not so much fun

😉
I know dressage is a competition against yourself to strive for constant improvement. I fully appreciate and love that. But still. It would be fun to have more people.

I had printed out the test and carefully brought it with me to practice and memorize. And still managed to memorize it wrong!
That night, after sending the test in, my daughter was looking at the paper on the table wanting to know what that drawing meant. I was explaining how it showed what to do in a dressage test, walk here, circle here, trot, and wait a minute!! That’s not how I rode the test!
I started messaging all the usual people I like to bother, Andrea to be exact. She told me to go bother someone else 😜 So I emailed the very nice patient lady in charge and told her what I had done. Could I retract my test?
She said I could if I wanted. She had seen the video and yes, I had certainly ridden it wrong.
But.
The penalty for that would be small. Small enough that it didn’t seem to me that it was worth trying to do that again. I had coerced my husband into filming and he wasn’t going too be available again for a week, not until after the show officially ended. We had found a time when the ground was still a bit frozen and not quite as slick, the likelihood of doing that again was slim. And I had picked up my “arena” already.
I would take the penalty.
The next show starts on the fourteenth. I plan to ride this same test again and see if we can get it right this time! Maybe we can find somewhere even less slick. Mostly, hopefully we can continue to improve and do better than we did this time around 💜 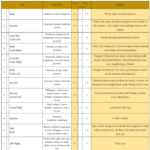 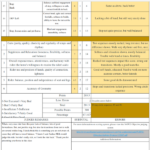